Your Life Insurance Agent Is Not Your Financial Planner

Of course, it’s no surprise that many have been duped by this widespread misconception. In fact, I was myself, once. It was actually part of my financial training!

When I was just 23 years old and fresh out of college, I received what I thought was a killer opportunity. I didn’t love my executive recruiting job (or the idea of working for someone else more generally), and I was eager to engage my entrepreneurial spirit.

So when I was contacted by a recruiter with a Fortune 100 life insurance company, I was excited. She promised a path to becoming a financial advisor supported by a prestigious training program. I’d always wanted to become a financial advisor, but had no idea where to start. This seemed like my big break—and an honor! One of the top life insurance companies in the country wanted me to come work for them?! I couldn’t wait for my career to begin, and in November of 2007, it did.

I attended a two-week training course that was, I was told, the best in the industry. But it became increasingly clear that financial advising was not the main focus of the curriculum. Instead of learning how to counsel people based on their specific financial needs, we discussed the company’s products and how best to position them in front of our prospective clients—or, more accurately, customers.

It was a sales course. Specifically, a course on how to sell expensive whole life insurance policies and annuities.

But at the time, I didn’t know the difference. I had spoken to financial advisors I knew at other big-name firms who said the most successful advisors were great at sales. I was brand-new to the industry, so it all seemed routine to me.

So I finished that two-week training program armed with the best sales tactics in the business. I was ready to get to work.

Seven years later, I’d become a Partner at this same Fortune 100 company, tasked with growing and managing a team of “producers”—the telling euphemism the company used for financial advisors internally.

But something didn’t seem right to me. I was incentivized to get my advisors to sell more products, baited with fancy work-sponsored trips and awards with titles like “Annuity Sales Champion.” All you (or your team) had to do was sell, sell, sell, and you’d find yourself whisked away to an all-expenses paid stay at an upscale hotel in Las Vegas, the Bahamas, or even Europe.

Meanwhile, I witnessed clients in their 30s being sold high-fee variable annuities… rather than being given the sound advice to invest in low-cost index funds. I watched “advisors” counsel their clients to invest in whole life insurance instead of their IRA.

The whole plot was totally see-through. And I started to doubt the mission.

In 2014, I left that company and partnered instead with an independent financial advisor. I also enrolled at Rice University to begin taking the prerequisite courses to earn my CERTIFIED FINANCIAL PLANNER™ designation.

It couldn’t have been more different than the “training” I’d gotten before. Instead, we studied high-level subject matter, including ethical considerations, investment and risk management, income taxation, estate planning, and advanced retirement planning concepts.

We attended class twice a week and took one eight-hour Saturday session each month over the course of a 10-month school year. Throughout the program, we took numerous exams to test our knowledge, culminating in a 6-hour comprehensive exam and a capstone course designed to put that knowledge to real-world use.

It was hard work, but I loved every second of it. This was what I’d wanted to do, but I’d never known existed!

And that’s why I want to educate consumers on the differences. Because prior to being awarded my CFP designation, I was a life insurance salesman who was told he was a financial advisor.

And I believed it! I was told that I specialized in college savings, retirement, life insurance, and long-term care strategies… but in reality, I specialized in selling financial products. And given that I worked for commission, I had massive conflicts of interest. With all the incentives and awards being given to agents by the life insurance companies they represented, it is very difficult to remove yourself from those conflicts.

A Change of Career—And Life

At my new firm, I spent a lot of time untangling misguided strategies put in place by other misguided “advisors.” For instance, one 27-year-old client had been convinced to pay $500 a month into a whole life insurance policy, which the agent sold as a retirement investment. This was someone who, as a recently-licensed attorney, had a very high student debt burden.

When I asked my young client how much he was investing in his IRA, he said zero. After reviewing the life insurance policy and its projections, I showed him what would happen if he invested the money in an IRA with a long-term rate of return of 6%. The client was flabbergasted on how much he was losing out—and livid, too, once I told him how much the agent had probably made on the sale.

I then showed him what would happen if we added that extra $500 a month to his student loan repayment. He would have that debt paid off way in advance. We then discussed which made more sense for his situation, pay off debt or invest. He wanted to pay off his student loans as quickly as possible. We then created a plan to tackle his student debt, manage his cash flow, and put his money to work for him. Real. Financial. Planning.

Another client who stands out: a recent widow, whose “financial advisor” suggested she invest her deceased husband’s life insurance death benefit into a high-fee variable annuity. The sum was in the seven figures, and it was all the money she would have to secure her own retirement.

She had approached me for a second opinion. After reviewing the strategy, I sat down with the client to explain what the product really was, and how it was designed to work. By the end of the conversation, she was very confused. All the agent had told her was that it would guarantee her income for life, which obviously sounded appealing.

We discussed in length the many intricacies of the product, which added to her confusion. She hadn’t been made to understand that this product, over time, would cost her tens of thousands of dollars in fees, that there were better options to just investing all that money into a variable annuity – nor that it would put more than $60,000 in the salesman’s pocket!

So instead, we designed a financial plan together where she paid much less in fees, while still achieving the level of financial comfort she needed throughout her life. She saved over $100,000 in fees with this new plan over the first ten years alone.

All of this is to say, once and for all, that there is a difference between financial planning and financial product sales.

Financial planning is a holistic, collaborative process designed to uncover your individual values, feelings towards money, and goals—so that you and your financial planner can work together to achieve those goals and put you on the path towards living your best life.

Financial product sales, on the other hand, is a process designed around asking a few questions to see if you own a certain product, and then explaining the features of that product in a favorable-enough light that it seems only logical to make the purchase. Instead of a tailored, individualized plan, the sales agent provides a boilerplate financial analysis, places the sale of the product, and then is rarely heard from again.

So if you’ve been through a process with a “financial advisor” that sounds more like the latter rather than the former, please reach out. You may have been sold a financial product rather than financial advice—and with the conflicts of interest that exist in that world, it may be a product that benefits the sales agent more than it benefits you.

What Does a Financial Planner Do, and Do You Need One?
Coronavirus and the Stock Market: What Should You Do?
Share This Article Equity Compensation: Are Profit Interests Right for You? 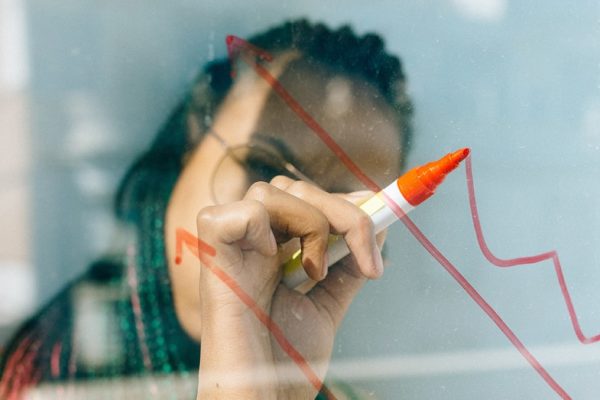 What Is Inflation and How Can You Protect Yourself Against It? What Simone Biles Can Teach Us About Financial Life Planning

JOIN THE NXT:GENERATION AND RECEIVE OUR NEWSLETTER
Sign up to receive outside the box financial tips and ideas your friends wish they had!